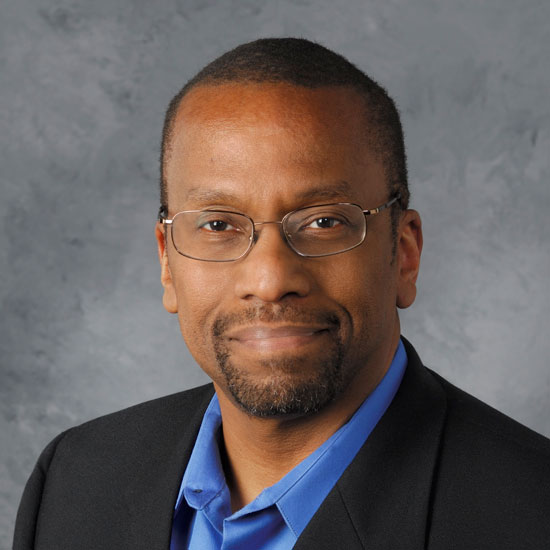 Horace Dawson is General Counsel of Red Lobster, the world’s largest seafood restaurant company with more than 700 restaurants around the world and nearly 45,000 employees. Horace leads legal affairs and is also responsible for communications and government relations.

Horace also has experience in private practice, having handled matters in the corporate and securities areas in the Orlando office of Akerman LLP, a national law firm.

From 1996 to 2001, Horace served as Vice President of Business Affairs and General Counsel of Hard Rock Cafe International, the restaurant, merchandising, hotel and live music venue chain. Horace led restaurant and hotel development during a period of rapid expansion from 37 restaurants to 104 restaurants and three hotels. Prior to joining Hard Rock, Horace practiced in the entertainment, securities, corporate, and communications areas for Telemundo Network, the Spanish language television broadcaster and for New York City law firms. 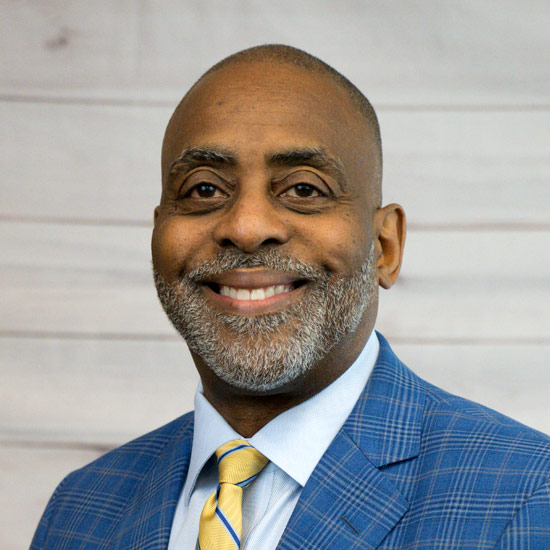 Nelson Griffin is the Chief Procurement and Real Estate Officer for Red Lobster, the world’s largest seafood restaurant company. In his current role, Nelson is responsible for leading all the supply chain related activities, including over $900MM of food and beverages as well as all supplies such as kitchen equipment, product distribution, real estate, facilities services and travel services for over 700 locations globally. In addition, Nelson oversees the Total Quality department that is responsible for food safety, product quality and restaurant inspections.

Prior to Red Lobster, Nelson joined Darden Restaurants, Inc. in October 2011 as Director, Poultry and Commodities Purchasing, and later served as the Senior Director of Land-Based Protein Purchasing responsible for more than $400MM of protein products for the more than 2100 Darden restaurants throughout the United States and Canada. He was promoted to Vice President of Supply Chain in April 2014.

Previously, Nelson was Director of Strategic Procurement for Kellogg’s in Battle Creek, Michigan where he was accountable for annual purchases of $1.2B, primarily focused on grain-based commodities for 29 North American manufacturing facilities.

Nelson also spent 19 years with Cracker Barrel Old Country Store, Inc. in Lebanon, TN serving in a variety of roles including Vice President of Purchasing, where his team was responsible for procurement, distribution, quality assurance, fleet management, travel and print services along with all capital equipment needs for 500+ locations across the U.S.

Nelson is a veteran of the U.S. Navy. After his military service, he attended Eastern Oklahoma State College and completed his B.S. in Business Management through the University of Phoenix.

Nelson and his wife Teresa currently reside in Orlando, FL. They are the proud parents of two sons and a daughter and even prouder grandparents of one 10-year-old grandson and a newborn granddaughter. 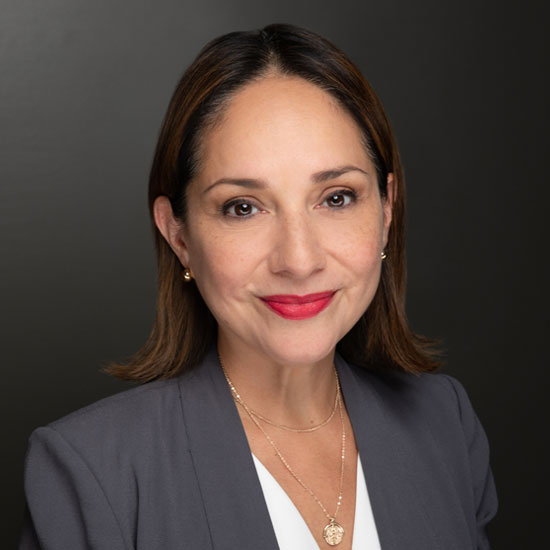 Patty Trevino is Chief Marketing Officer of Red Lobster, the world’s largest seafood restaurant company. She comes to Red Lobster from CKE Restaurants, Inc. where she served as SVP, Marketing since 2018, overseeing 360-degree marketing activation for the Carl’s Jr. and Hardee’s brands.

Prior to CKE, Patty held several leadership roles at Bloomin’ Brands, most recently serving as CMO for Bonefish Grill and Fleming’s Prime Steakhouse, and previously serving as Vice President of Product Marketing and Innovation for Outback Steakhouse.

Patty was recently named to Nation's Restaurant News' 2020 Power List. She received her BBA in Management and Marketing from Our Lady of the Lake University and earned her MBA from University of the Incarnate Word. A native Texan, Patty currently resides in Franklin, Tennessee with her husband, Luis, and daughter, Lizzy. 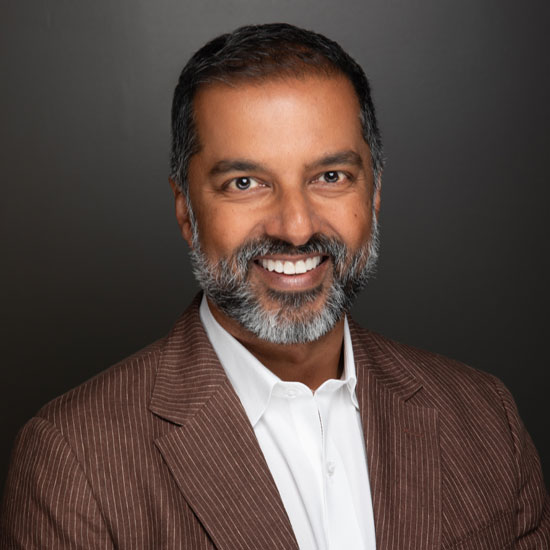 When Cijoy Olickal came to the United States in 1997, one of the first things he realized was how much everyone he met loved the iconic Red Lobster brand. Now, as Chief Information Officer, Cijoy is focused on strategic planning and evolution of the brand for the next generation of guests, using technology to drive new and innovative solutions to improve our guest and operator experience.

As an experienced CTO/CIO, Cijoy is a strong leader who knows how to prioritize, create and execute innovative strategic plans, clearly convey and gain support from multi-stakeholder groups for complex IT concepts, and develop and motivate winning teams. He joins the company from Fogo de Chão where he served as the Chief Information Officer after joining in 2019 and was part of the team that helped build the chain into a billion-dollar enterprise.

Prior to Fogo de Chão, he was Managing Director for clearAjna, where he led transformational technology solutions projects for several major retail and hospitality companies. Cijoy has also held IT, Consulting and Engineering positions of increasing responsibility for several large enterprises, including Brinker International, Infosys, Hewlett Packard, IBM, PricewaterhouseCoopers and Motorola.

Olickal received his Bachelor of Science in Electrical Engineering from Illinois Institute of Technology. 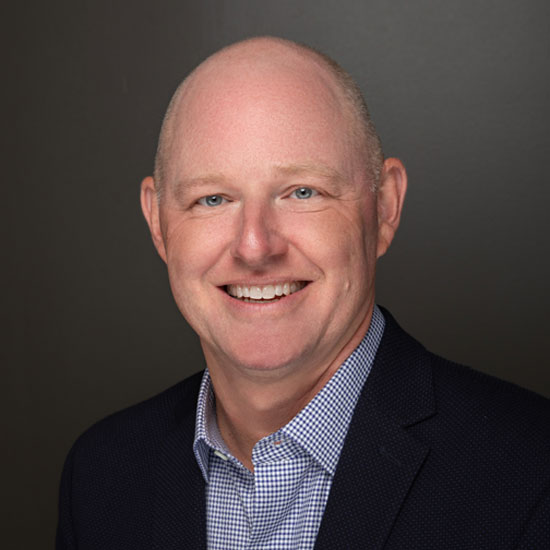 Starting in the kitchen of Showbiz Pizza Place in St. Paul, Minnesota at the age of 16 – and putting himself through college with that same job – David Schmidt has more than 25 years experience in the restaurant industry, and 30 years leading high-performing teams for major brands worldwide.

After college graduation and a brief stint in public accounting, he rejoined the hospitality industry in 1997 at Denny’s. Gaining experience in both finance and operations, he took on increasing levels of responsibility before landing at Bloomin’ Brands (then OSI) in 2006, eventually becoming Vice President of Corporate Financial Planning & Analysis. In 2010, Schmidt was given the opportunity to lead a newly created department called the Office of Productivity, which focused on streamlining operating processes across the 1,500 restaurants and four brands under the Bloomin’ Brands umbrella worldwide.

This led to being promoted to the President of Bonefish Grill in 2016, where he led the revitalization of the brand by simplifying the menu, implementing a national fresh fish program, focusing on operational excellence, offering a superior guest experience and improving profitability by significant margins.

In 2019, David was promoted inside Bloomin’ Brands to the Group Vice President/CFO of Casual Dining Brands, where he oversaw Finance, Analytics, and Consumer Insights across the portfolio.

He is now bringing his talents to Red Lobster where he will continue to combine his deep experience and insights with analytics and operational expertise to achieve exceptional results.

When not at work, David and his wife Amy enjoy spending time with their six children, daughter-in-law and their grandson, Jake. While he has resided in Florida for more than 20 years, he is still a diehard Vikings Fan, and enjoys all outdoor activities such as boating, fishing, golf and tennis.